Thank You from Matt Hassig

Posted on May 9, 2018 by Killian Communications

I wanted to give you an update on how life is for me after receiving the scholarship and graduating from Weber State’s Police Academy. During my graduation I was awarded a plaque from the Utah POST Board for Excellent Ethics during my time at the academy.

I was hired by my home town Police department of Ogden City and am currently a patrol officer. I received my job right after graduation and could not be more grateful of the opportunities that have been presented to me. Since being with Ogden City I have also become of member the department’s Honor Guard. Within the first two months of working with the city I received an excellent work certificate and I strive every day to make a difference in anyone’s lives that I come in contact with while on or off duty. 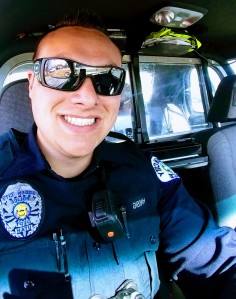 Along with being a Police Officer I am currently enlisted as a Sergeant in the United States Army Reserves where I’ve utilized my experiences from being a Police Officer to become a better soldier every day. I use the skills I learned in school and while on duty within my Army career to help in my decision making and also have become a better mentor and leader for the soldiers I lead in the 744th Engineers.

The passion I have for being an officer has inspired a few of my friends to even start their paths in pursuing a career in policing. One of my friends was hired by Roy City after graduating from Weber State’s Police Academy after my graduating class.

Ultimately, I wanted to say thank you from the bottom of my heart for the opportunity the foundation helped provide me.

This entry was posted in Results, Weber State University. Bookmark the permalink.